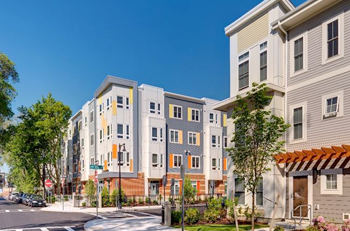 Allison Maria Rodriguez and Franklin Marval will work with MW Productions/SPOKE to engage residents and key institutional partners in Old Colony to activate the transformative power of art to improve the quality of life in this neighborhood as it undergoes a complex, decade-long redevelopment. MW Productions/SPOKE (then Medicine Wheel) has created public art in Old Colony during earlier phases of its redevelopment. This year the organization began planning to transform a facility at the center of this neighborhood as a new public arts center.

Find out more about the conception of the project via our press release here.

SPOKE and its South Boston partners invite you to be part of New Art in Old Colony, an initiative to create public art for the Old Colony neighborhood as part of its next phase of redevelopment.

Originally constructed in 1940, Old Colony is one of the oldest federal public housing developments in the country. Beacon Communities and the BHA are redeveloping the 845-unit Old Colony in multiple phases. The first two phases and part of the third phase of the redevelopment have been completed, resulting in the replacement of aging public housing with 420 new apartment units and townhouses. Beacon Communities is currently building 170 new affordable homes in two new, four-story buildings. All of the newly constructed units will be for households earning at or below 50 percent of the area median income (AMI) and will be supported by project-based Section 8 vouchers administered through the BHA.